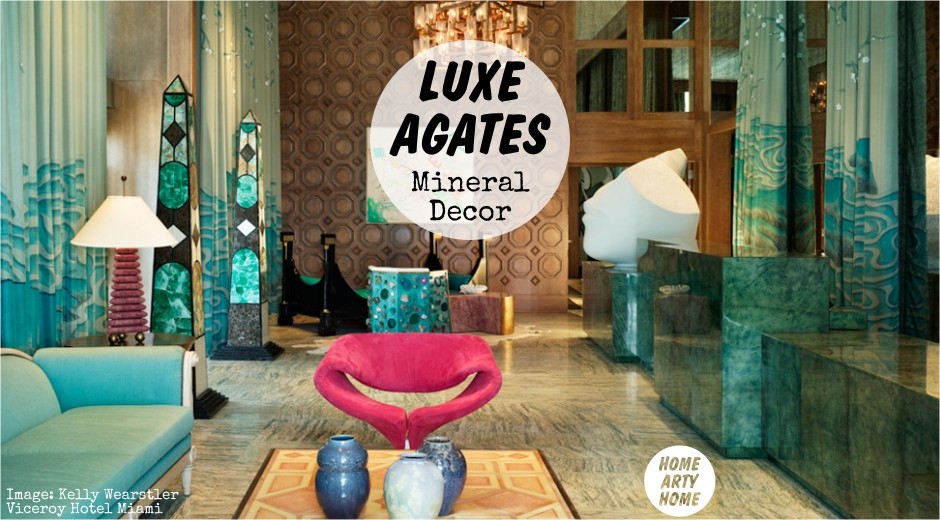 Sometimes you don’t want to bring subjective art into a space but still need a hit of glamourous colour and pattern. For such occasions, there’s nothing quite as luxe as nature’s own artworks: agates and minerals. Used by Kelly Wearstler, the queen of modern luxury, in the Viceroy Hotel Miami, large swathes of agate infuse a space with richness.

Such huge pieces come at a cost, understandably: to mine, hone, and transport such heavy minerals isn’t easy, but there are ways to introduce the look without the cost or the physical weight.

Cole & Son have a wallpaper called Malachite as part of their Fornasetti range which is an illustrated interpretation of agate. Available in the fashionable deep emerald green that emerged as a trend in previous seasons, yet enduring enough to outlive the vagaries of fashion, the wallpaper also comes in a graphic black-and-white (pictured below). The illustrated wallpaper can infuse a space with the luxury of mineral but in a more light-hearted way. 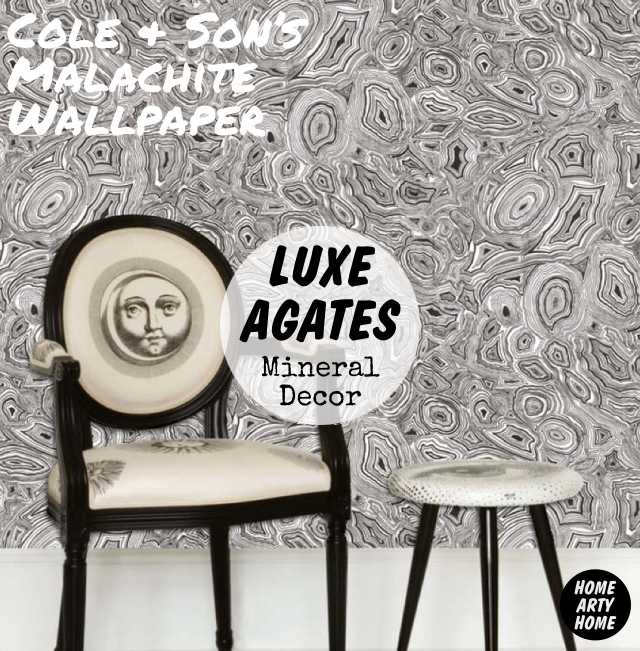 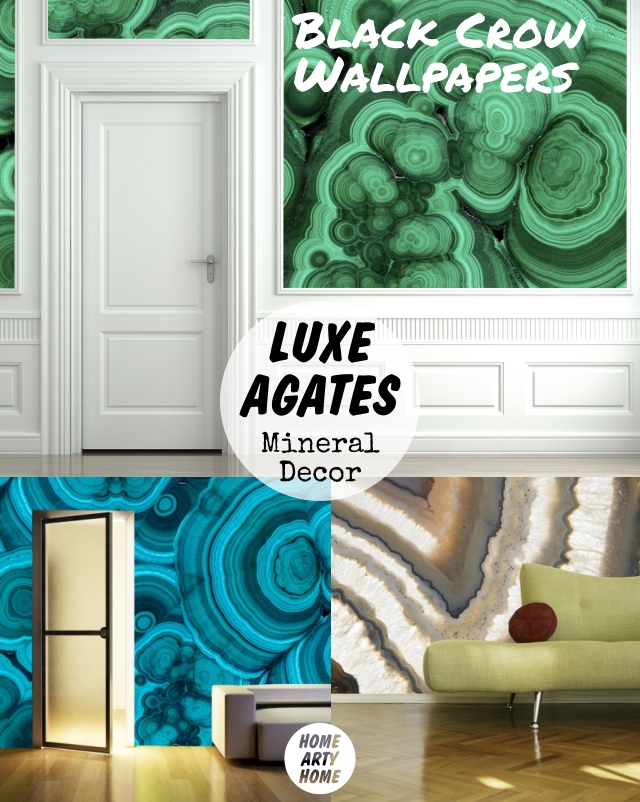 If the thought of mineral wallpaper is too much for you but you want to introduce some elements, take a look at West Elm’s luxurious agate accessories, including cushions, storage boxes, and mineral coasters. 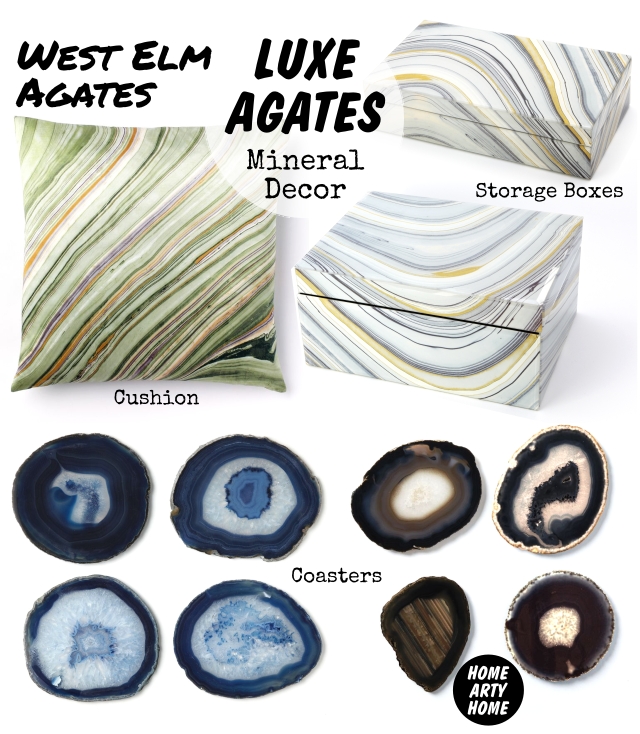 A quick and simple way to bring luxurious minerals into a scheme is with prints. D.S. Brennan is a photographer who has captured the beauty of agates which are available to order via Society6 as art prints in various sizes.
Blue Agate I / Blue Agate II / Pink Agate 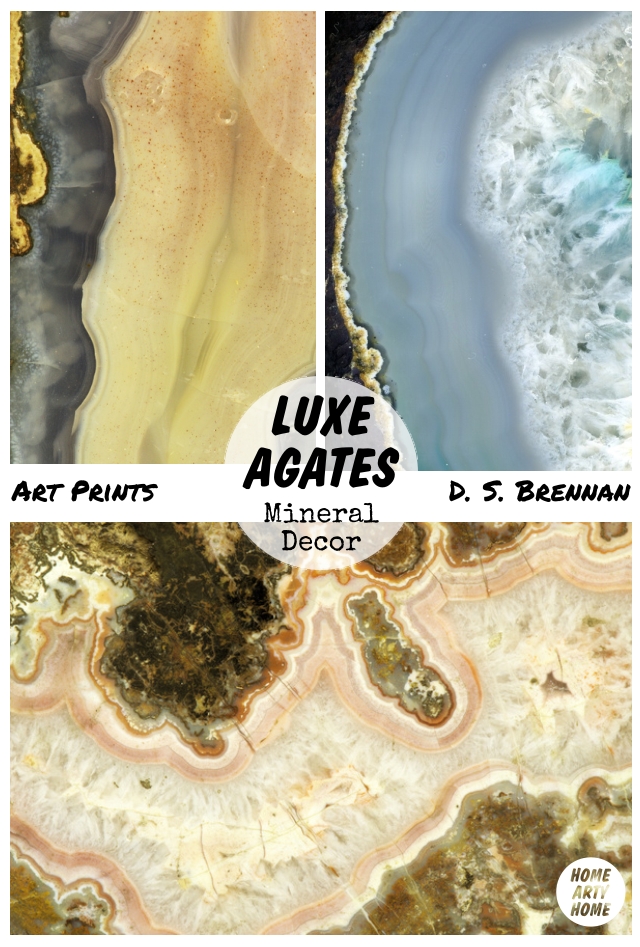 Finally, if you love the feeling but don’t want too literal an approach, Ferm Living have these quartz illustrations on plywood by Norwegian artist Mariken Steen. 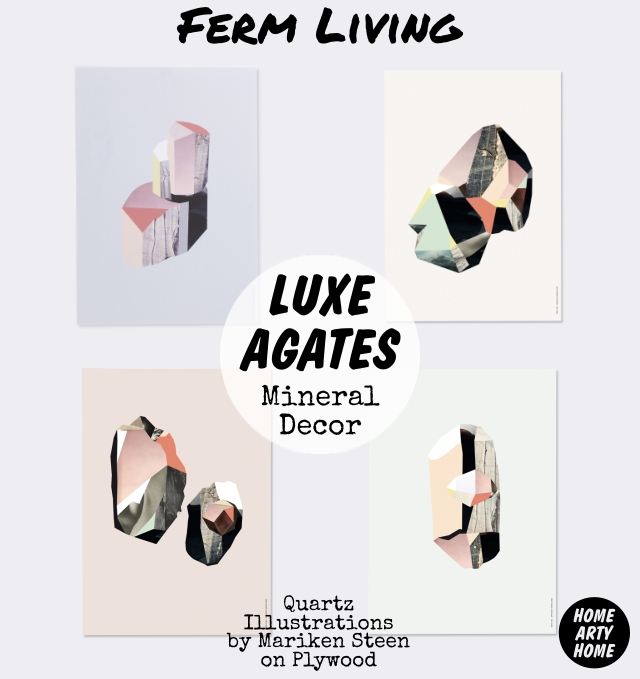