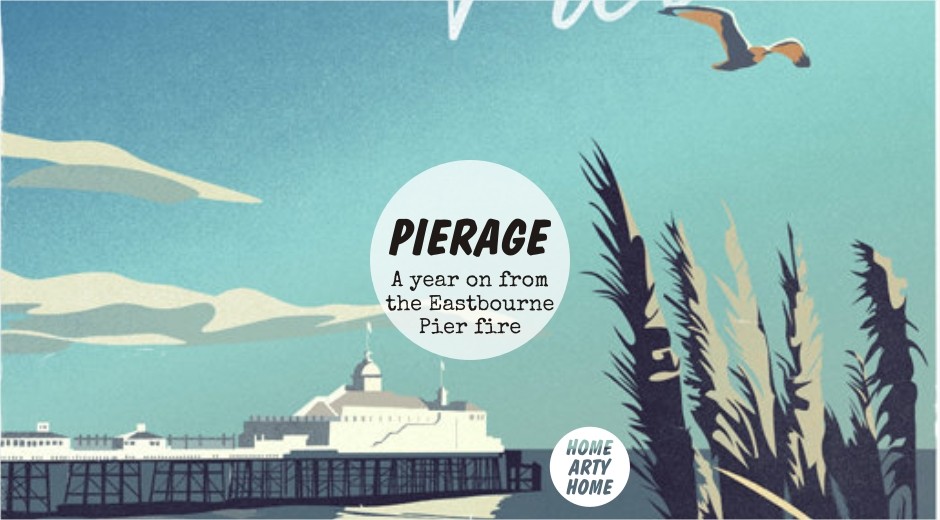 Not everyone manages to jet away on a Summer holiday for whatever reason (no time, no money, or a complete fear of flying) so when a staycation’s the best option, you want to maximise the best chance of great weather by heading somewhere sunny.

Eastbourne calls itself “The Sunshine Coast” and claims to have the most sunshine per year of all places in the UK (although there’s a bit of an argument with Bournemouth trying to claim the same thing). The seaside town is sheltered by the South Downs so is often protected from harsh or damp weather. As an Eastbourne resident myself, I can testify to looking out the window on glorious sunshine whilst a Sky News or BBC journalist reports live from London or Brighton in the rain.

Aside from the favourable weather making the town a popular staycation destination, Eastbourne seafront has been well-preserved – no “kiss-me-quick” souvenir shops are allowed on the sea-facing buildings – so the town looks like Brighton would have done before the gold rush to cram every ground floor with a shop, cafe, or pub. In fact, Eastbourne has been used as a filming location to replicate what Brighton looked like in the 1950s and 1960s, such as the recent remake of Brighton Rock with Helen Mirren and Andrea Riseborough.

Sadly, one of Eastbourne seafront’s most iconic landmarks was struck by a fire this time last year. The pier was ablaze until 80 firefighters managed to extinguish the central building – despite talk of CCTV footage being discovered that may have shed light on the cause of the fire, nothing came of any police investigations.

It’s not the first time the pier was struck by fire – in 1970 the pier theatre burnt down and was subsequently replaced with a nightclub. This time round, despite the pier being fully-insured according to news reports, the pier owners wanted to replace the damaged amusement arcade with fairground rides but were denied planning permission by the council.

The owners have since indicated that they may be looking to offload the pier as they can’t make it pay (which seems like sour grapes – their fairground idea was scuppered so they’re having a tantrum). With Hastings pier beset by fire previously and the Western pier in Brighton, isn’t it time that piers were owned, perhaps through a compulsory purchase process, by the relevant councils and operated for the benefit of the town or city (with proper police-linked CCTV installed) and not purely for the profit of private pier owners?

A company owning a pier will do anything it deems necessary to make as much money from the structure as possible but that isn’t always in the interests of a seaside resort – the pier is a draw to many people, sometimes to go on it but sometimes purely to look at it from the beach. Either way, it brings tourist money into a resort.

Eastbourne pier can also boast a camera obscura on its furthest dome yet it’s been closed for many years – a camera obscura is an Elizabethan invention to look at the surrounding area though lenses on a large table (hard to describe but if you’ve seen the classic Powell & Pressburger film “A Matter of Life & Death”, one features near the beginning of the film). The current corporate owners seem in no hurry to reopen this unique feature, presumably because it doesn’t make a profit, but a council-run pier may hopefully feel the need to preserve it.

Whatever the future of the pier, a year on from the fire (and with no real plans in place to restore the damaged structure), Home Arty Home takes a look at art prints that feature Eastbourne’s pier intact and looking glorious. From giclée prints to hand-pulledscreen prints, embroidered canvases to reproduction railway posters, here’s a hit of pure British seaside style.